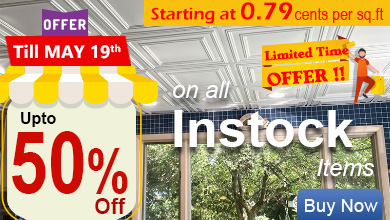 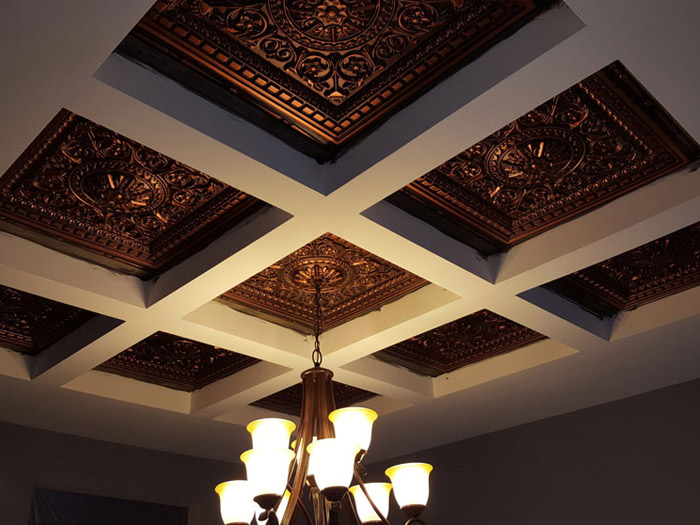 Drop ceiling tiles are a great way to get the look you want in a space, but they might not be the right option for everyone. Before you commit to a drop ceiling installation, it’s important to understand the pros and cons and how they relate to your ultimate design goals. You should also have some idea of how to install the tiles before getting started.

Dropped ceiling tiles, sometimes called a suspended ceiling, creates an additional ceiling below the original. They tend to be a very common element in commercial and office structures, but can also be used in residential settings.

In most cases, a dropped ceiling consists of a metal track frame that is hung from the original ceiling with tiles laid between the tracks. Installing drop ceiling tiles is something you can typically do on your own without professional installation, especially if you are working in a small space or room.

What are the Benefits of Using Dropped Ceiling Tiles in a Space? 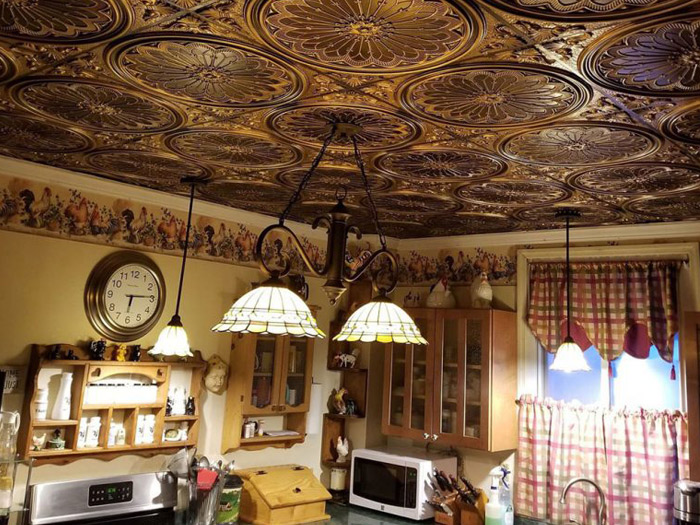 Whether you’re trying to hide ductwork in a basement, wires in an office, or a beaten and battered ceiling in an older home, dropped ceiling tiles make it easy. You'll be able to avoid expensive repairs by installing the suspended ceiling beneath the original ceiling, making anything you don't want to be seen. Just make sure before installing the framework for the dropped ceiling tiles that you check the original space for any structural problems.

Should the time come and you want to replace a drop ceiling with another look, or you simply need to access the original ceiling to make repairs, removing the tiles, and the framework is a relatively easy project. This is especially true if you only need to remove a few tiles to work on the original ceiling or anything within the dropped space.

In a traditional ceiling that covers over wires and other things with plaster is expensive and time-consuming. You actually need to demolish part of the space to access what you need to repair. This isn't the case with a drop ceiling where all you need to do is move a few panels and put them back in place when the repair work is complete. 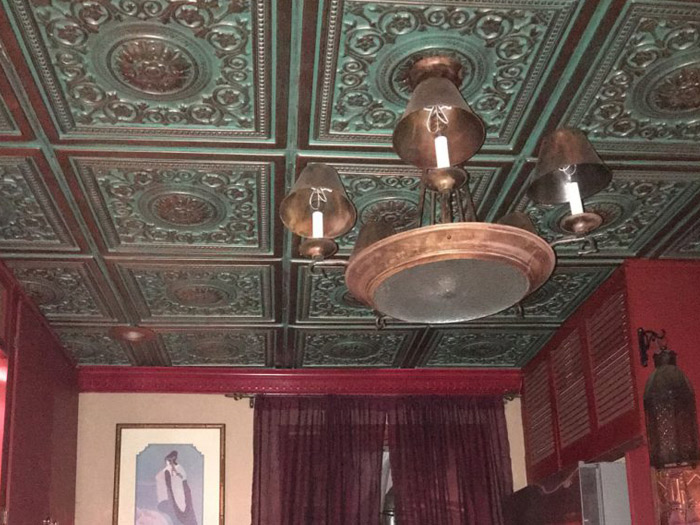 It’s no secret that redesigning a space can be expensive, even if it’s a smaller space. Using drop ceiling tiles can provide an impactful change without costing as much like other design options out there. It doesn't require extensive demolition and the materials aren't all that expensive. It also doesn't take a long time to install a drop ceiling, and it's possible to handle the project on your own, so you won't need to pay a professional installer.

One of the main reasons drop ceilings are so popular in industrial and business settings is because of the soundproofing they provide. They muffle sound because they are made from fiberglass. This can be especially beneficial in a small space or a room of any kind. Not only does it help to cut down on noise in a space, but it also makes the area feel cozier and more comfortable.

One of the most common reasons people opt to install a drop ceiling is because it gives them so many affordable design options. Drop ceiling tiles come in plastic, fiber, wood, and other materials. You can create the look of a tin ceiling or opt for something that looks elaborate and high-end without paying a high-end price.

An added bonus? Some drop ceiling tiles even offer added fire protection as a bonus.

It might seem as if lighting a small space would be relatively easy. But, spend any significant period of time in one of these vehicles, and you'll quickly learn there isn't usually a lot of leeway or task lighting. Installing a drop ceiling means you'll be able to install lights – as well as fans and other appliances – between panels of the ceiling. This means you'll be able to add exactly the type of lighting you want to the space.

The Downside of Drop Ceiling Tiles

Despite how beneficial they are, drop ceiling tiles aren't right for everyone. They reduce room space, so if you're dealing with an already cramped space, you won't want to lower the ceiling by a few inches more. It's also important to realize they aren't as sturdy as a traditional ceiling. If you need to put a lot of weight above the ceiling, the tiles might not be able to stand up to the pressure.

As long as you aren’t affected by or don’t mind the few negative aspects of adding a dropped ceiling, it’s a design option you should consider for just about any space or room.

How to Install a Drop Ceiling 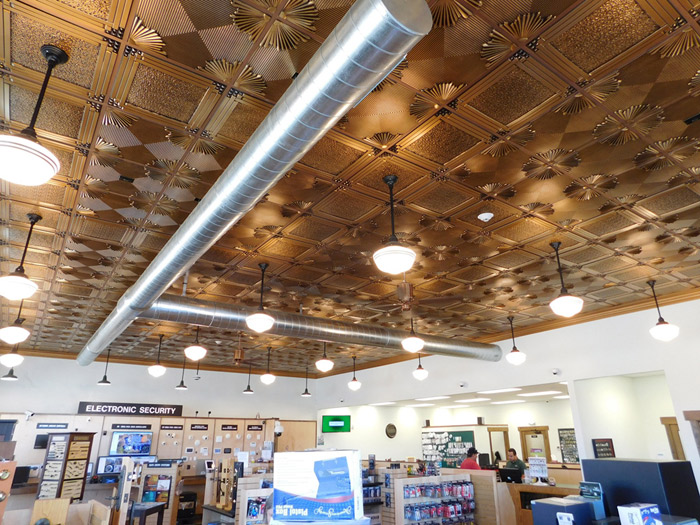 Here are the basics steps for a drop ceiling installation. This isn’t a thorough installation guide, but it can give you an idea of whether it’s a project you’d be willing and able to tackle on your own.

This is your game plan, and you'll want to make a to-scale drawing of your space and then design your grid based on that scale. If you've ever tiled a floor, this process is very similar.

You’ll need to install the L-Channel (the drop) and the T-Channel (channels that run perpendicular to the floor joists). You’ll need to make sure the channels are level and that it’s properly spaced and sturdy.

Next, you’ll snap in the cross Ts and then drop in the full tiles.

Keep in mind, the process is fairly simple, but it includes a great deal of measuring and cutting. Slight mistakes in your measurements and cuts can throw everything off and make for a frustrating installation.